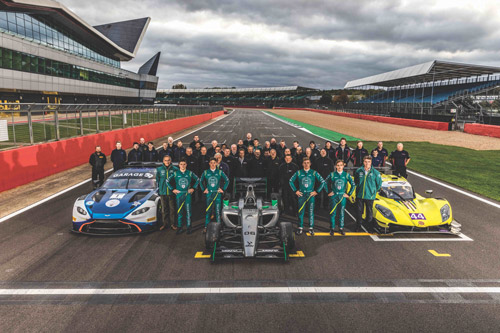 The Aston Martin Autosport BRDC Young Driver of the Year Award aims to boost the prospects of young British racing talent and find the next Formula 1 star.

Prizes for the winner, who will be announced at the Autosport Awards on 19 December, include £200,000, full British Racing Drivers’ Club membership and an Arai helmet.

Due to the coronavirus pandemic and truncated season, the Award did not take place in 2020, it's back for 2021. 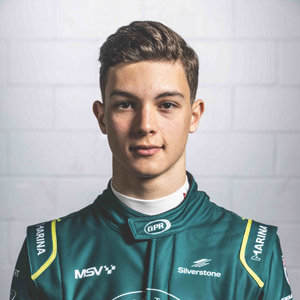 2019: 1st in Italian and German F4 with Van Amersfoort

The 16-year-old Essex driver was the class of the ferociously competitive Italian and German Formula 4 championships in 2021. Bearman won 17 races with Van Amersfoort Racing and became the first person to take both titles in the same season. He was also a race winner in selected GB3 outings, despite limited mileage compared to his rivals. 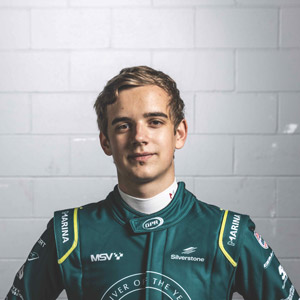 This 17-year-old, from Cumbrian karting royalty, won a thrilling German F4 title battle in 2020. He had a tough time this year in FIA Formula 3, with a best result of fifth with Carlin, and finished 18th in the points. But bear in mind that 2021 champion Dennis Hauger was 17th last year on his step up from F4… 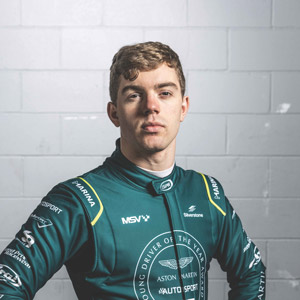 2019: 2nd in Euroformula Open with CryptoTower

After a winning cameo outing last year, Foster raced full-time in Euroformula Open this season on his graduation from British F3, and finished second in the standings. The 18-year-old Hampshireman won three races with the Motopark-run CryptoTower Racing Team – all of them on one incredible weekend at Spa. 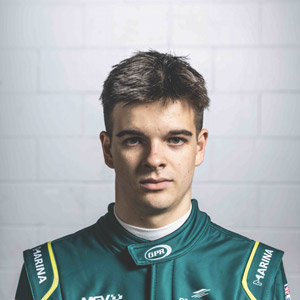 O’Sullivan was the driver to beat in GB3 this year. The 16-year-old continued the impressive form from his first single-seater campaign last season, when he came oh-so-close to securing the British F4 crown. He made up for that disappointment this year, as he comfortably took the GB3 crown, scoring seven wins along the way.

Hoggard was arguably the fastest driver of the 2019 BRDC Formula 3 championship, despite missing out on the crown. Hoggard shone in all three test cars at Silverstone before looking at sportscar and single-seater options to further his career.

Gamble’s race-winning performances in BRDC Formula 3 with Fortec earned him a place in the final four. He showed impressive progress and pace over the two days, with his speed in the Ligier LMP3 car being particularly outstanding.

Picked the Eurocup category for his return to racing after a year out due to a ban, and won a race despite struggling with the new-to-the-series Arden team. Returned to Formula 3's Macau Grand Prix after the Award evaluation days and took a stunning victory.

Norris capped his rookie, title-winning Formula Renault Eurocup season with the Award, then followed that by winning the 2017 European F3 title as McLaren's next big thing in F1.

Palmer won the Award after dominating the 2015 BRDC Formula 4 Championship and then graduated to Formula Renault 2.0.

Another karting star stepping into cars for the first time, taking the BRDC F4 crown in 2014 before going on to clinch the Award.

After an impressive karting career, which included the Super 1 National Rotax Max Junior title, Parry stepped up to the British Formula Ford Championship in 2011 and won the Award in 2013.

Became the 24th recipient of the McLaren Autosport BRDC Award in 2012 and the youngest yet at 17 years, five months and 16 days old.

Graduated to car racing with an impressive karting CV. Despite being hit by personal tragedy 'the death of his father and of mentor Martin Hines' Rowland became an exciting performer in his first year of Formula Renault UK.

After winning Formula BMW in 2005, and being Formula Renault UK runner-up (and Award finalist) in 2007, Smith almost gave up on single-seaters, but instead won the FR UK crown in 2009. Has raced in GP3 for the last two years.

Finished second in Formula Renault UK in his second season and was then a frontrunner in the F3 Euro Series for the next two years. Was a race winner in GP3 in 2011 on his way to sixth in the standings, and took a British F3 win on a one-off appearance.

Was second in Formula Palmer Audi in his first year of car racing. After a year in British F3, Wilson moved to Indy Lights in 2009 and finished third in the series in 2011.

Funding issues hampered Turvey's early career, but he was runner-up in Formula BMW UK in his part-campaign in 2006. Moved to the Formula Renault Eurocup after winnning the Award and then picked up Racing Steps Foundation backing for British F3. Narrowly missed out on crown, then won races in Formula Renault 3.5 and GP2, and became a McLaren test and reserve driver.

Formula Renault UK champion moved to F3 after taking the Award and won the F3 Macau GP in 2007. Impressed in A1GP before joining the DTM with Audi in 2008.

Another winner in Formula Renault UK, di Resta moved to F3 in 2005 and took the Euro Series crown the following year. He then moved into the DTM with Mercedes and became a star, taking the title in 2010. Graduated to F1 with Force India in 2011 and put in an impressive rookie campaign.

Current IndyCar racer won the Award after his second year of Formula Renault UK. Dabbled in F3000, then switched to America in 2006. Won the Indy Lights title the following season and first raced in IndyCar in 2008.

Took the Award after finishing as runner-up in his first season of Formula Renault UK. Was second in British F3 in 2003 before taking the F3 Euro Series title the following year. Graduated to the DTM in 2005 and has become an established frontrunner with Mercedes.

Stepped up from Formula Ford to F3, via a brief appearance in Formula Renault. After racing in Formula Renault 3.5 he switched to tin-tops, first in the Porsche Carrera Cup and then the British Touring Car Championship. He won races in both. Kane was also an LMP1 winner in the ALMS in 2011 with Dyson Racing.

Formula Ford Festival winner was a British F3 frontrunner in his rookie year. Became a BAR Honda test driver and made it into an F1 race seat for two races in 2002 with Minardi. Was also part of the Super Aguri team in 2007-08 before moving to GTs and sportscars. Now an LMP1 ace with works Toyota squad.

Formula Vauxhall Lotus champion starred in Formula 3 before moving into the DTM, while also becoming test driver for McLaren in F1. Took the DTM crown in 2005 and has also been runner-up in the series four times.

Karting ace exploded into car racing in 1998, winning the British Formula Ford Championship and the Award. Button was a British F3 race winner the following season and was in F1 by 2000. Went on to win the F1 world championship with Brawn in 2009 and is still a race winner for McLaren.

Another Formula Vauxhall graduate, Kirkaldy made it to Formula 3 before switching to GTs. Took the British GT2 title in 2005 and was a race winner in FIA GT2. Now runs CRS Racing's GT programme and is helping develop McLaren's MP4-12C GT3 contender.

Formula Renault racer moved into F3 after winning the Award and was then a winner in the inaugural Formula Palmer Audi season. A long-term F1 test driver, Turner also raced in DTM, ASCAR, and the BTCC, but has established a sportscar career with Aston Martin, winning GT1 at Le Mans twice and racing for the companys LMP squad.

Started in Formula Ford and raced in Formula Vauxhall Lotus before winning the British F3 title in 1997. Had a spell in Indy Lights, then moved into sportscars and GTs. Has been an LMP2 ace with Strakka Racing in recent years.

Used Formula Vauxhall Lotus success to graduate into F3 and then F3000. Moved successfully into sports-prototypes and GTs, which he raced until 2008.

Won the Award after a fine season in Formula Vauxhall Junior. Took the British F3 title in 1996 before a long spell in Japan, winning in Formula Nippon and the domestic GT series. Got to F1 with Jordan in 2003 before heading back to GTs.

Franchitti went from Formula Opel Lotus and British F3 to the DTM, where he proved rapid. He then made a successful switch to American single-seaters, becoming an IndyCar legend. Franchitti has won the Indy 500 twice and in 2011 took his fourth IndyCar crown.

Formula First champion in 1991, Gavin went on to take the 1995 British F3 crown. There were spells in the DTM and F3000 before Gavin found his niche in GT racing, where he has become a star with the crack works Chevrolet squad.

Another Formula Ford star, Rees successfully graduated to Formula Opel Lotus and then British F3 before making it as far as F3000.

Awarded the prize based on his Formula Ford performances, Coulthard then starred in F3 before making it to F1 in 1994. He went on to score 13 grand prix wins for Williams and McLaren. Currently races for Mercedes in the DTM.